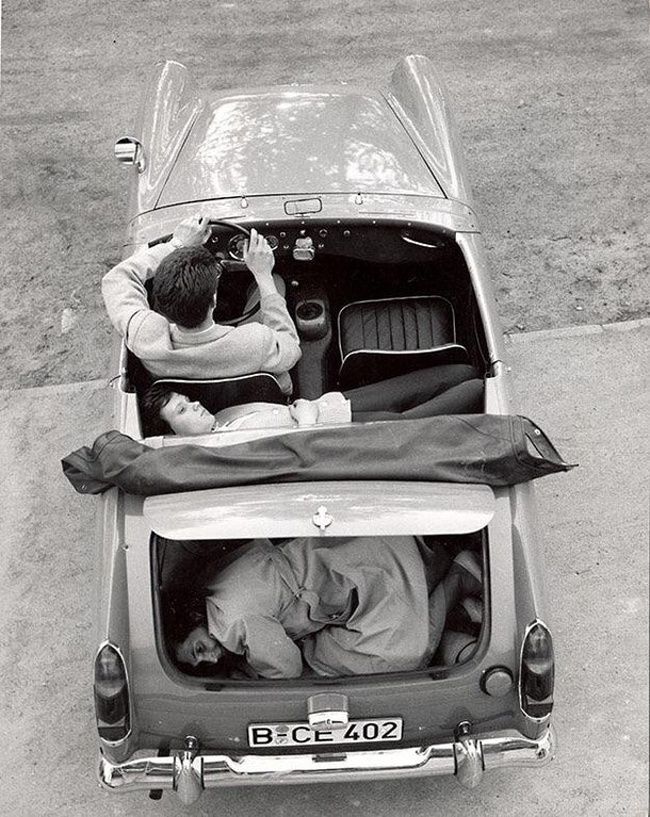 On 5 May 1963, a 20-year-old Austrian, Heinz Meixner, drove to a checkpoint on the Eastern side of Berlin in an Austin-Healey sports car with the windshield removed. Huddled in the back seat was his girlfriend Margarete Thurau who had been denied exit by the GDR authorities. Her mother was in the trunk. When the guard motioned him on to the customs shed, he gunned the motor and ducked. Passing the startled guards, the low car slipped under one of the steel beams separating the two parts of the city and made it to the West without a hitch.